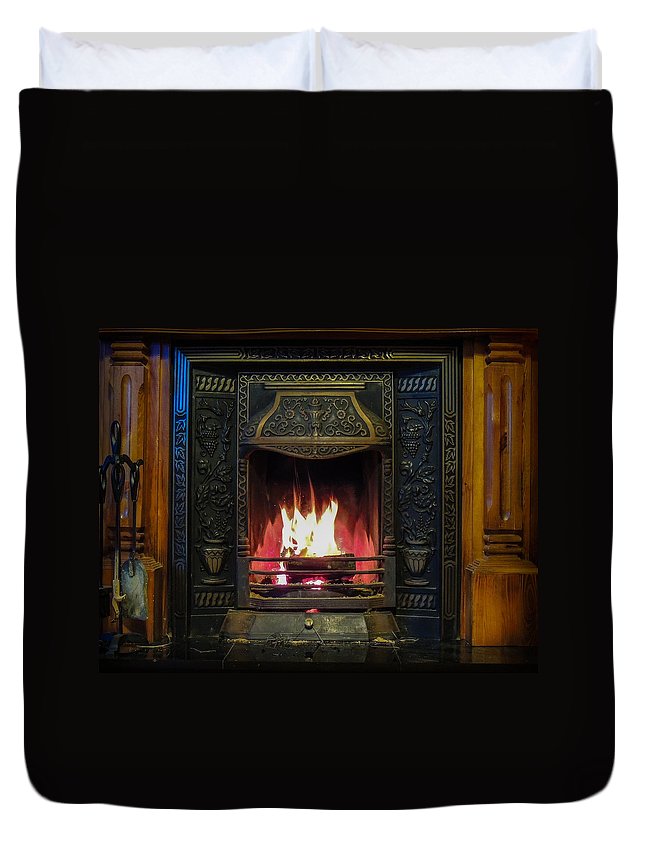 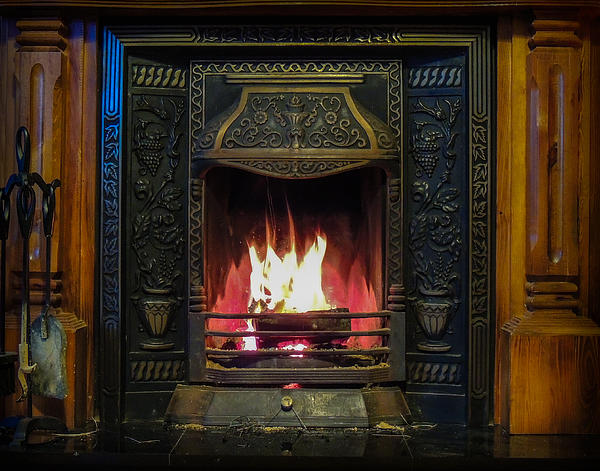 Queen duvet cover (88" x 88") featuring the image "Turf fire in Irish Cottage" by James Truett. Our soft microfiber duvet covers are hand sewn and include a hidden zipper for easy washing and assembly. Your selected image is printed on the top surface with a soft white surface underneath. All duvet covers are machine washable with cold water and a mild detergent.

There's nothing quite like the delicate aroma and soothing warmth of a turf fire during a winter cold spell...... more

There's nothing quite like the delicate aroma and soothing warmth of a turf fire during a winter cold spell... While I was born in one of the coldest climates of the world -- Interior Alaska --  I've also lived and traveled in some of the warmest climates of the world. I'm often asked why I would settle in Ireland, with it's cool, wet and mercurial weather... Read the full post on my blog: http://www.jamesatruett.com/wut5